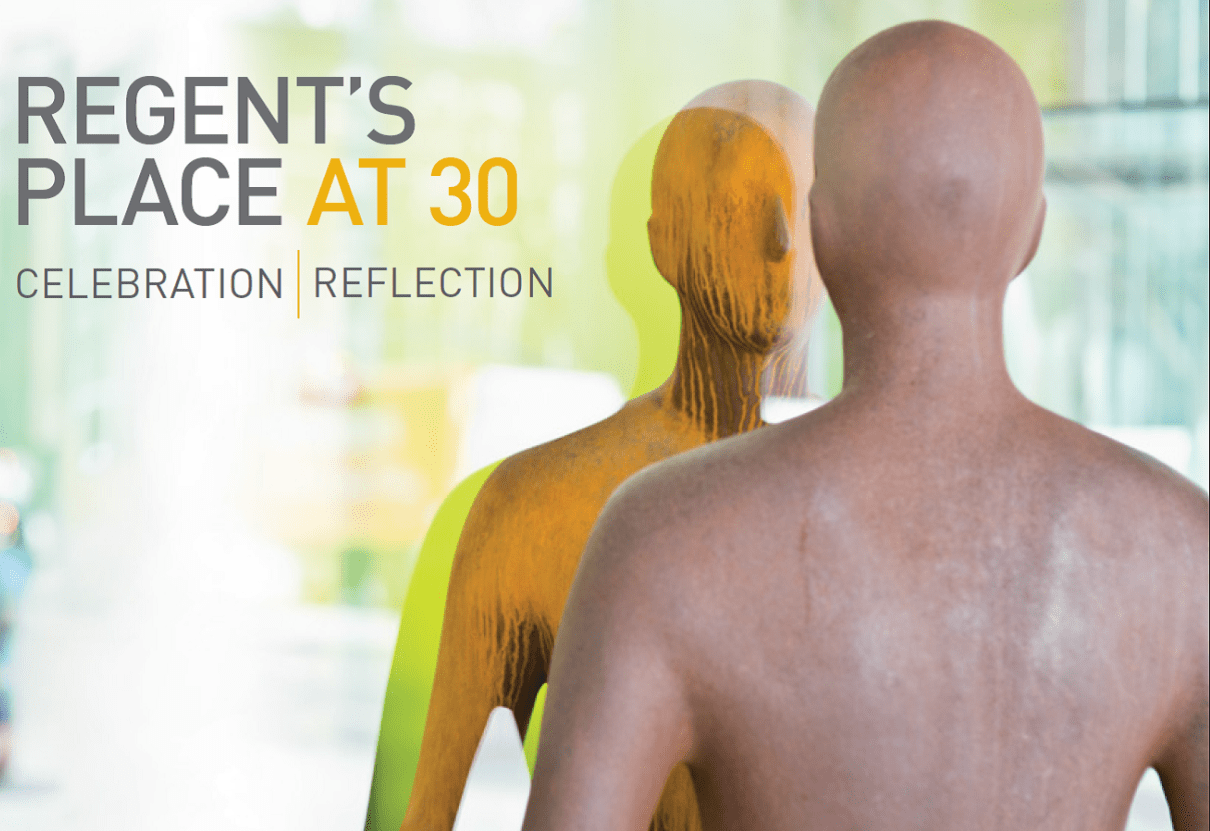 A view from NEF Consulting – Extract from the British Land report

“When NEF Consulting was commissioned to review the social, environmental and economic impacts of Regent’s Place over the 30 years since British Land first invested in the area, we were excited to explore two aspects. The first was the ‘people’ story told through the networks, partnerships and relationships that British Land has developed at Regent’s Place and with surrounding communities. Over the course of our research we have engaged with 72 people through interviews, surveys, meetings and workshops and if one thing stands out above all others, it is: the passion that so many have shown to make Regent’s Place a development that benefits the whole community – from community groups living close to the campus, business occupiers, the local council and British Land itself.

The second part is the ‘numbers’ story. We wanted to understand if the impacts of the development we were hearing about from the people involved with Regent’s Place over the years would be reinforced by more hard-edged numerical analysis. The answer is a resounding “yes.” We had no idea when we set out to analyse the national statistical measure known as the “Index of Multiple Deprivation” that the area including Regent’s Place and its immediate surroundings would be amongst the top 1% most improved London areas in recent years.

Sustainable development is about taking a long-term view of how places can be enhanced, and how this can be achieved by working with communities and from an ecological perspective. We have attempted to evaluate British Land’s impact through a wide variety of its activities at Regent’s Place typically considered to constitute sustainable development.

We looked at impacts on jobs and growth and at local regeneration from an economic standpoint; at access to housing and services, links and connectivity and community engagement from a social angle; and at green buildings and local neighbourhood enhancement from both environmental and cultural perspectives. In all these areas we found that British Land has a great story to tell about its achievements at Regent’s Place – though there will always be room for improvements.

British Land has been commended for considering the local community throughout its involvement at Regent’s Place and needs to consider how to maintain and enhance community engagement now that the campus is essentially complete. It can do this by facilitating further engagement of its business occupiers and residents in the wider local community, and seeking more ways to involve local people and businesses in commercial supply chains.

British Land has achieved high environmental standards at this development but the bar in the industry is now even higher. The company could consider aiming for BREEAM Outstanding ratings in future, and even explore how its developments could become net positive for key measures such as carbon emissions.

NEF Consulting believes British Land has taken a leadership position in its sector through its approach to community engagement and neighbourhood planning at Regent’s Place, and has shown that this can have very positive benefits for business performance. We look forward to seeing how British Land and others take this approach forward from here.”