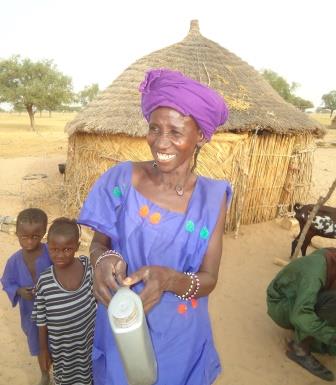 NEF Consulting used an extended Social Cost-Benefit Analysis (SCBA) to compare and contrast the benefits and investment of CARE International’s Adaptation Learning Programme (ALP) in Dakoro, Niger. Climate change adaptation is one of the top priorities for developing countries. In the face of climate change, development policy will need to embed adaptation in its core development strategies. One of the key approaches is community-based adaptation and our research aimed to test to what extent community-based adaptation is an efficient and effective strategy for building resilience and adaptive capacity.

Niger is highly dependent on climate conditions and highly vulnerable to climate variability. Given that roughly 40% of its GDP is reliant on agricultural output and 80% of its population lives in rural areas, climate shocks or anomalies impact on its economy and the livelihoods of its population in a disproportional way. In addition, agricultural production does not keep up with population growth therefore putting an increasing number of households at risk of malnutrition. The climate data on Niger and the area of analysis, Dakoro, is inconclusive but, even if overall precipitations slightly increase or remain stable, all climate models suggest significant increases in mean temperatures. So, climate evolutions coupled with population growth are likely to exacerbate existing vulnerabilities.

To build a SCBA model we collected qualitative information and quantitative data directly from a sample of households in four communities. The data allowed us to measure the net, or additional, impact by taking into account both what would have happened in the absence of ALP and what proportion of the change observed could be attributable to other actors or programmes in the area.

The results suggest that ALP’s investment in Dakoro has yielded high returns. It increased the economic capital of communities in terms of revenue and savings, as well as social and environmental capital. Social indicators include typical development outcomes such as health and education while environmental indicators encompass the impact of avoided deforestation, reforestation and avoided land degradation.

Even if we only take into account the benefits ALP has generated over four years, findings suggest that for every £1 invested in communities, there has been a return of more than £4. We extended the evaluative model to forecast capital evolutions to 2020 using three core climate scenarios to compare a no-intervention scenario to an intervention scenario. Even under a high discount rate, results remain positive and returns are high.

Our review of a variety of previous economic analyses of adaptation and Disaster Risk Reduction (DRR) interventions suggests that the returns on investment of ALP are comparatively high.

Community-based adaptation can be a promising avenue for building cost-effective adaptation strategies to climate change.

Read comments from CARE International in the blog here.

Read more about our work with CARE International:

Read more about ALP at http://www.careclimatechange.org/adaptation-initiatives/alp